APWU represents 220,000 postal employees and retirees across the country, adding to Sanders’ ground game in early primary states. The union also backed him in his failed bid for the Democratic nomination against Hillary Clinton in 2016.

The union’s president, Mark Dimondstein, said in a statement that there was plenty to like in the broader Democratic field, but that Sanders stood out for his long-time support of labor.

The postal workers’ announcement stands out from some of Sanders’ other recent labor endorsements in that it comes from a large national union, as opposed to a smaller local. Sanders, Sen. Elizabeth Warren (D-Mass.), former Vice President Joe Biden and other contenders are all competing fiercely for union support, which helps with door-knocking and phone-banking efforts in critical states.

Sanders has been an ally of APWU for years, often speaking out against steps by the U.S. Postal Service to reduce mail delivery or take steps toward privatization. Dimondstein said the union’s executive board cited that support in making their decision to support Sanders over the others.

The Vermont independent recently picked up the backing of one of the union’s affiliates, Iowa Postal Workers Union Local 44, in the critical caucus state. He also earned an endorsement from Service Employees International Union Local 1984 in New Hampshire.

On Tuesday, Unite Here Local 11 in California said it would be throwing its weight behind both Sanders and Warren for the nomination.

Canada Will Feel The Effect Of Trump's New Visa Restrictions

Most Households Will Be Better Off Under Carbon Pricing System: PBO

Inside The Alberta Bakery That Looks Like A Colouring Book

How To Protect Yourself And Others From Flu Season

Now That Prince Harry And Meghan Markle Aren't Working Royals, Who Will Fill In For Them?

6 Steps To Switching To A Plant-Based Lifestyle

How Worried Should Canadian Parents Be About Coronavirus?

10 Things You Should Never Do While Pumping Gas

10 of the Best Anti-Racsim Ads

12 Reasons Chocolate Is Good for Your Health

2008 Cadillac Escalade For Sale in Alberta

30 Unbelievable Pictures Are Completely REAL not by Photoshop

Benefits of Buying a Used Car

Calgary Hit With Snow Fall For 2018

Colorado based REMAX Cashes in on Israel's Illegal Settlements

Hubbles Makes Ethernet, Cable & 120VAC Outlet In One, Is It Safe? 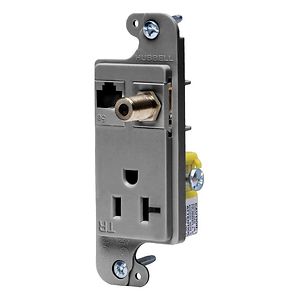 European cities fed up with tourists

HandJet Ads Are Scam Do Not Buy

How to Get US Netflix in Canada Easy and Free

How safe are you at a Mexican resort?

Is Islamophobia sweeping the US?

Overeating could double your chance of memory loss

Safeway Customers Being Ripped Off By Weight In Water In Meat

Strange things youÂd only ever see in Dubai

Target shuts down in Canada

The Gorgeous Italian Girl Before She Became Lady Gaga

The Greatest Barn Finds Ever

The Highest Quality Vehicles Ever Made

The Ugliest Cars In History

The 'University' of Calgary Does Not Seem To Understand Our Quadrants

Toyota Supra Is Now Out For 2020 Model Year

Woman says she found a rat sewn into her Zara dress

100 KM long traffic jam in China, is Calgary Next?

Is it time for Calgary Eco-Friendly Diaper Company?

Is This Woman Too Hot To Be a Banker?

The Health Benefits and Cons of Coffee

How To Avoid Your Mother In Law

How To Fit Back Into Your Favorite Pair of Jeans

A Look Back A The 2011 vancouver Hockey Riots

Man Forced To Marry His Girlfriend